Half of the Malware Detected in 2019 was Classified as Zero-Day Threats, Making it the Most Common Malware to Date 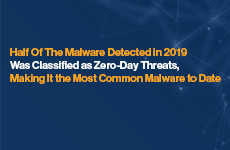 Technology and Intel is wrapping itself around our lives at an astonishing speed, slipping into every aspect of our casual or corporate needs. But along with making our lives easier, it does bring certain vulnerability along with it. With IT, comes the threat of malware. Zero-day attacks are a form of cyber threat that is released before a defense is in place. Within a short period of time, information about zero-day attacks spreads over the internet like wildfire!

Zero-day threats are released before any form of protection is available by security vendors. The malicious programs can quickly attack the targeted vulnerabilities within the operating system and the applications. When there is an apparent weakness in commercial software, the security vendor will quickly write a patch to ensure that the software is secured against any zero-day threats.

These patches often present a time-consuming ordeal to write, leaving the system undefended until the vulnerability is properly fixed. The programs left unpatched on your network enhance the risk of any successful attack by zero-day malware.

All users with different operating systems, including Vista with its improved security features, have to be on their guard against any kinds of zero-day threats. Zero-day protection can be enhanced on several different fronts.

According to WatchGuard, there had been around 29,255,063 malware variants across about three anti-malware engines. Apart from that, there had also been 2,398,986 network attacks in total. Zero-day threat attacks appear almost anywhere, which is why it is essential to remain adequately defended. When expanding upon the malware attacks, the data showed that the malware detected was about four percent in the previous quarter. Still, it increased to about sixty percent later based on a year over year analysis.

Alarmingly, the zero-day malware that did not match any of the existing antivirus signatures made up for about fifty percent of the total malware detected—making it the highest it had ever been.

The surge in zero-day attacks in the past year

Office exploits were amongst two attacks in the top 10 most widespread attacks. In America, most of the malware detected made up about forty-two percent of all the attacks detected. This has seen a considerable increase over the past year. 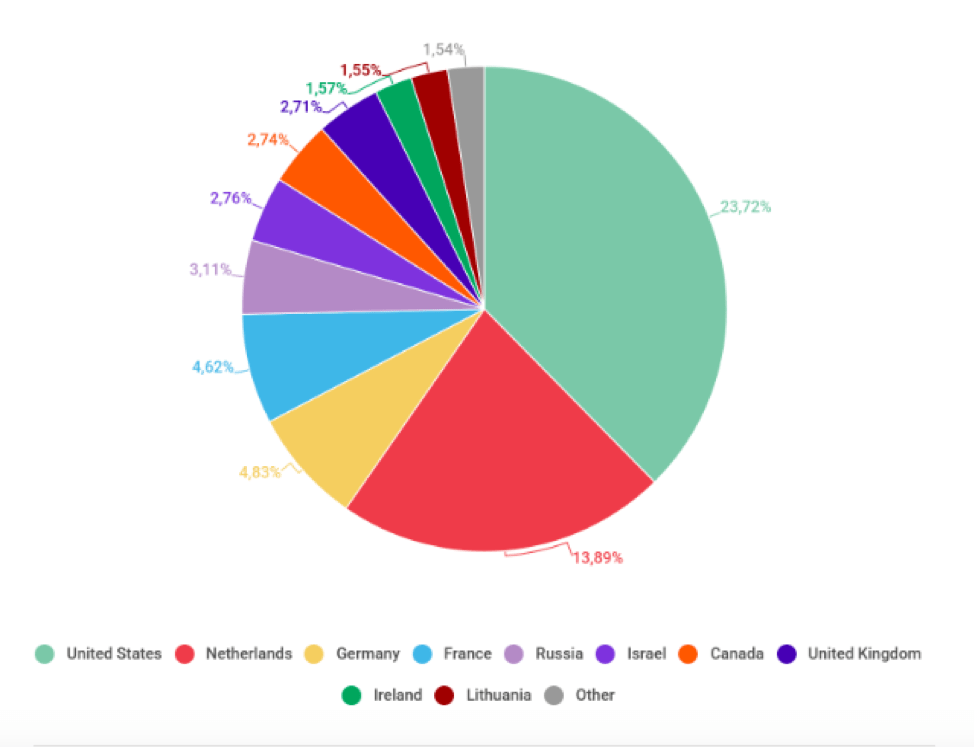 Zero-day malware instances show a rapid increase to 50%, as all the other malware detections rise. Two new attacks were detected in the top 10 list, these new attacks were penetration tools used for testing. While Mimikatz dropped down to fifty percent, a new attack, HacktoolJQ, pushed up. Its features also included the ‘pass the hash’ attacks amongst other zero-day threats.

Forecast of an expected surge in 2020

Even with the number of zero-day attacks rising, these vulnerabilities have not been disclosed publicly. Researchers are expecting a drop in the zero-day threats due to new forms of identification in which analysis can be made before an attack is complete.

It is a well-known fact that zero-day viruses do not have any known antivirus signatures. This is what makes them truly challenging to detect. However, there are some different ways that a zero-day threat can be detected.

You can detect zero-day threats through the help of vulnerability scanning since the security vendors who offer those scanning solutions can help in simulating those attacks. These attacks can be made on a software code or a conduct code review. They try to find new vulnerabilities that might have popped up on a software update.

However, this is not effective in detecting all the zero-day threats out there. Even the ones that it does detect, require immediate action from the organization.

Organizations should perform a code review and then sanitize their code to avoid additional exploitation. However, most organizations are slow in responding to the newly discovered vulnerabilities, allowing the attackers to quickly complete their zero-day attacks.

Patch management is another strategy that makes use of software patches. This works more effectively for newly discovered zero day threats and vulnerabilities. Even though this does not prevent any threat directly, it goes a long way in reducing the risk of any possible attack on the system.

Two significant factors delay the release of security patches. Software vendors often take too long to discover new zero-day threats. Then once a threat is discovered, a patch is created and spread around amongst the users. This distribution process is time-consuming and the longer the process takes, the higher the risk of having additional vulnerabilities.

Input validation and sanitization against a zero-day virus

Input validation and sanitization solves many of the problems that arise from vulnerability scanning and patch management. Using this process, organizations are not left defenseless during the process of patching systems or sanitizing codes as part of their malware detection.

These processes usually take more time. They are worked out by security experts and are also very flexible, adapting, and responsive against zero-day threats.

Deploying a WAF is one of the best defense mechanisms to prevent zero-day threats and any possible attacks on the network page. It reviews all the traffic pouring in as it takes out the malicious elements that might be security vulnerabilities.

RASP is included in the agents that sit inside the applications to examine payload requests within the context of application codes during their time. Their purpose here was to find out if a request is normal or malicious. This lets the application have the ability to protect itself against zero-day threats.

The zero-day initiative is a program that established itself for zero-day protection in which security researchers are rewarded if they helped in disclosing the vulnerabilities. This is done as an alternative to selling information on the black market.

The main objective behind this program was to establish a community of vulnerability researchers with their main aim to discover and research security vulnerabilities.

Zero-day threats slip in to cause damage under a user’s nose. Which is why alarms have to be set in place before any attacker completes a zero-day attack. Alerting the vendors creates a better sense of protection.