Easily configure decoy files, users, hosts, and networks to expose malicious actors who have gained access to your environment. 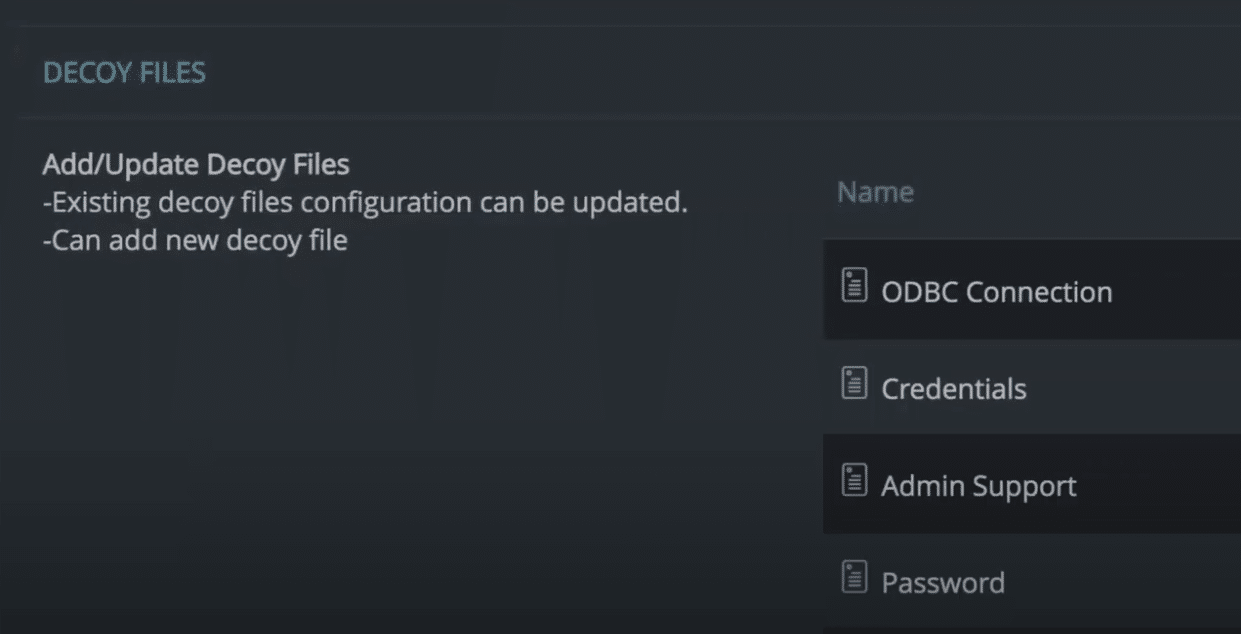 Use off-the-shelf decoys or craft your own

In each type, the consumption action triggers the alert – login attempt with a decoy password, connection attempt with RDP or URL and opening a data file. 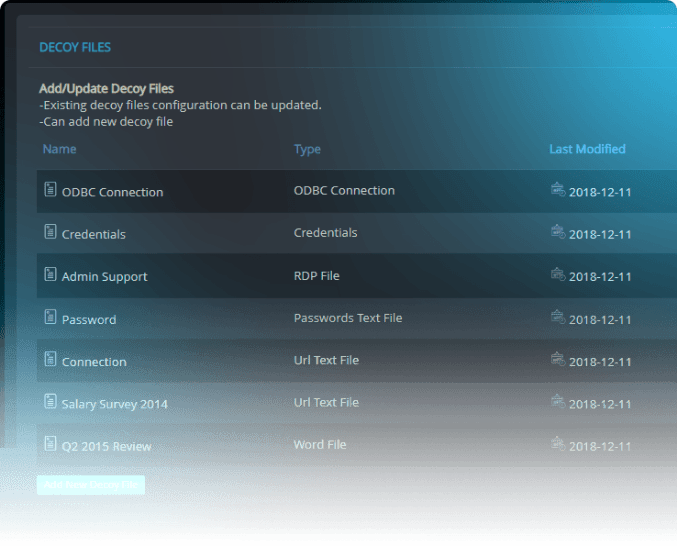 Detect attacks at the credential theft stage with decoy passwords

Passwords are extremely valuable to attackers attempting to expand their foothold within a compromised environment. Cynet crafts and plants text files containing false passwords along attackers’ potential routes. Any attempt to log in with these passwords triggers an alert.

Detect attacks at the lateral movement stage with decoy connections

The attacker’s top object is to get hold of sensitive data – IP, PII, business plans, etc. Cynet crafts and plants decoy data files and links – similar to what attackers would seek in the target organization – and plants them across endpoints and servers in the environment.

When an attacker opens a decoy data file at its premise, an alert is triggered and the file sends Cynet the malicious IP address at which it resides.